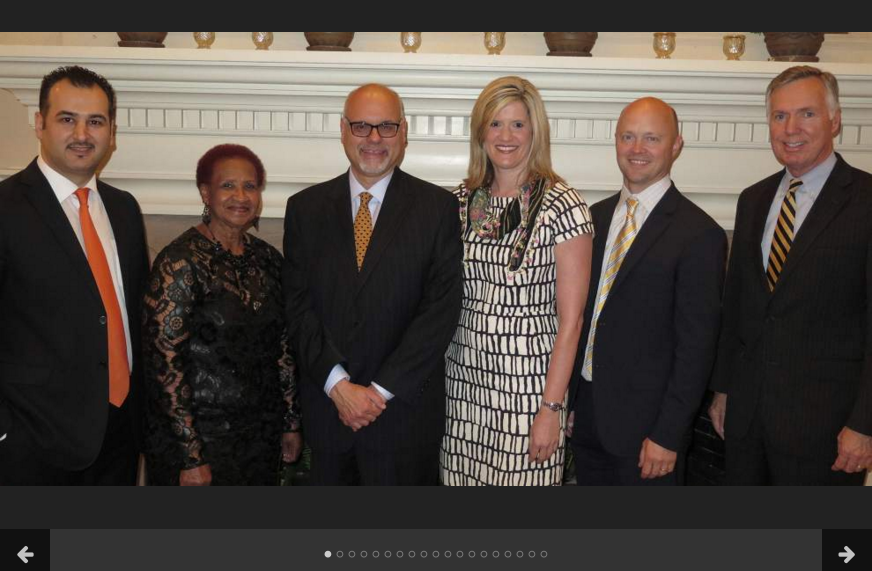 The night of March 31 began at the Atlas Foundation’s 13th annual Friendship & Dialogue Dinner at Boudreaux’s. If you’re not familiar with this organization, its membership is primarily Turkish and aside from promoting that country’s historical heritage and culture, its mission is to promote “mutual understanding, respect and cooperation among people of diverse faiths and cultures by creating opportunities for direct communication.”

On this special night, one individual and two entities were recognized for their efforts toward that mission. Adam Knapp, CEO of the Baton Rouge Area Chamber, received the Atlas Leadership Award; WAFB general manager Lee Meredith accepted the Atlas Media Award on behalf of the station; and Dorothy Thomas accepted the Atlas Service Award for Together Baton Rouge. The awards were presented by foundation Executive Director Emrah Aktepe, who then introduced the evening’s speaker — David Perlmutter, dean of the College of Media & communication at Texas Tech University. His topic was how to avoid a spiral of extremism and counter-extremism that will bring on a true apocalypse.

Meg Casper served as emcee for the evening.