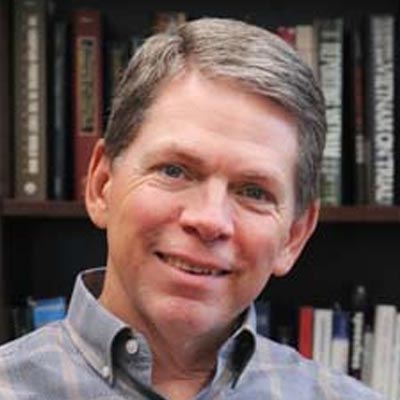 A journalist and political historian, Robert Mann holds the Manship Chair at the Manship School of Mass Communication at Louisiana State University. From 2011-12, he was director of the school’s Reilly Center for Media & Public Affairs.

He is the author of critically acclaimed political histories of the U.S. civil rights movement, the Vietnam War and American wartime dissent. One of his recent books, Daisy Petals and Mushroom Clouds: LBJ, Barry Goldwater and the Ad that Changed American Politics, was named by the Washington Post as one of the best political books of 2011.

He is a weekly political columnist for the New Orleans Times-Picayune | NOLA.com.

Mann’s essays and reviews have appeared in numerous publications, including the New York Times, the Boston Globe, Politico, Salon, and Smithsonian. He has discussed his research and appeared as a political analyst on numerous national television and radio programs, including MSNBC, CBS News, ABC News and National Public Radio. During the 2012 elections, he was a frequent commentator on MSNBC’s “Jansing & Company,” where he offered analysis of political advertising.

He is also the creator of the political blog, “Something Like the Truth.”

Mann teaches courses in political communication and is currently researching the history of U.S. war propaganda. He is also editor of the Media & Public Affairs book series, published jointly by the Manship School and LSU Press.

In 2014, Mann was inducted into the Louisiana Political Hall of Fame.

In the early 1980s, Mann covered Louisiana politics as a reporter for the Shreveport JournalHehHeHehhhh and the Monroe News-Star.

Mann has published the following books: